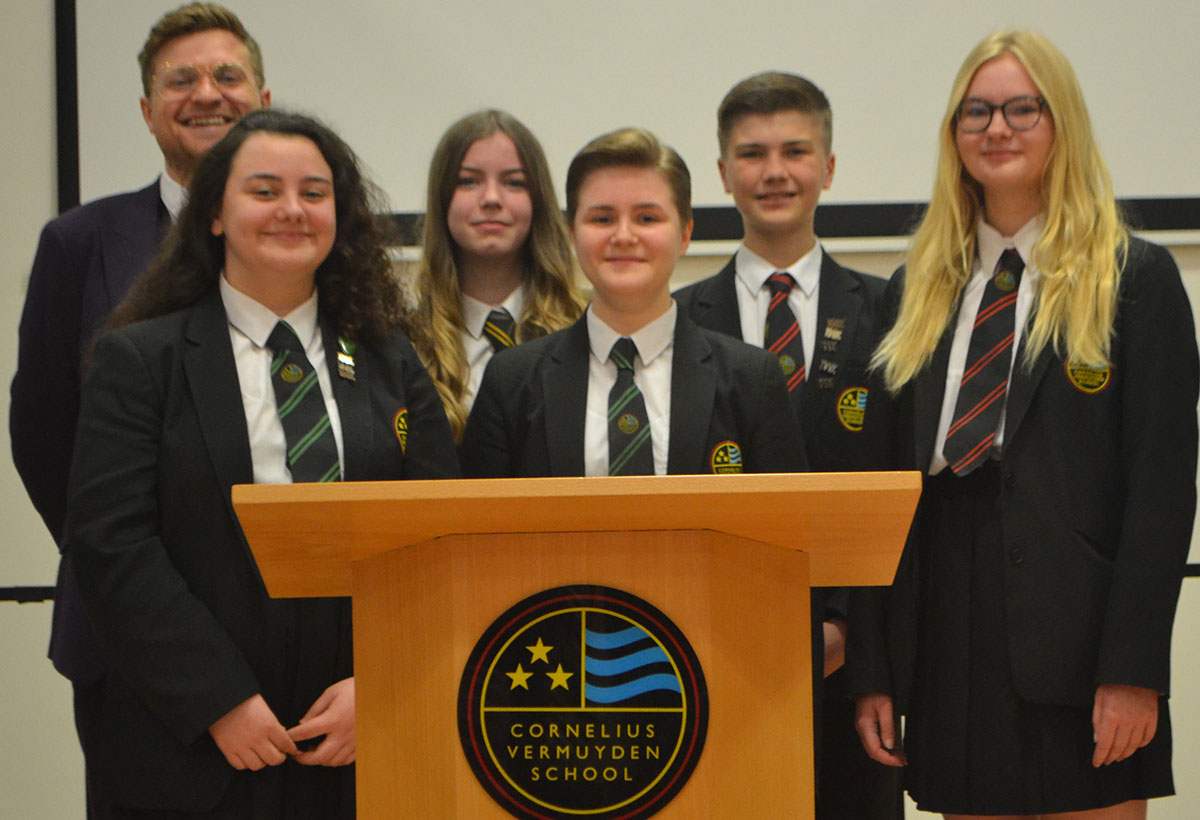 Year 9 PiXL ‘Up for Debate’ Competition

At Cornelius Vermuyden, we are passionate about providing enriching extra-curricular activities to our students that open them up to the wider world of critical thinking.

The end of Spring Term saw five of our talented Year 9 students participate in the PiXL ‘Up for Debate’ London regional championships for the first time in the school’s history. A challenging and demanding competition, the ‘Up for Debate’ championship pits small groups of students from different schools against each other to debate a range of important and prominent issues in our society.

Overlooking the beautiful Richmond Park in south-west London, Ibstock Place School were our hosts for the day as the Cornelius Vermuyden Debating Society engaged in spirited debate against both independent and state schools from across Essex and London.

In our first prepared debate (chaired superbly by their fellow Cornelius Vermuyden student Ryan Johnstone), Evah-Rose Holton, Amy Dyos and Katie-Jane Cox performed exceptionally, arguing against the motion ‘this House believes performance-enhancing drugs should be permitted in professional sports’. Each of our three students put forward their case articulately and persuasively, arguing that performance-enhancing drugs should not be allowed in professional sports. The results went down to the wire and the judges scored us just one point behind the independent school we competed against!

Our second debate of the day provided an extra challenge, as in this round schools were not allowed to know the debate’s motion until the day of the competition. Our three students had just thirty minutes to grapple with the topic and prepare a cohesive and robust argument. This year’s unprepared motion was ‘this House would make the study of languages compulsory in schools’. Once again, our students were asked to debate against the motion and they performed admirably. Their off-the-cuff, assured presentations greatly impressed judges and provided a potent combination of an informed understanding of the issue with a humorous and engaging style. In this round of the debate, Cornelius Vermuyden were judged the undisputed victors (but don’t tell Mr. Walding they were arguing against learning French!).

The whole day was a fantastic and enriching experience for our students, allowing them to participate and prosper in the exciting world of debate. Amy, Evah-Rose and Katie-Jane debated masterfully; Tess Bowen participated confidently in questioning the debate teams and Ryan Johnstone chaired debates with a professionalism well beyond his years.

My thanks go to Ibstock Place School for hosting us, the PiXL company for arranging the competition and to Mr. Chittock for volunteering his own free time to provide transportation on the day.

More from the Blog

keep up to date on all our latest news

Just enter your details below 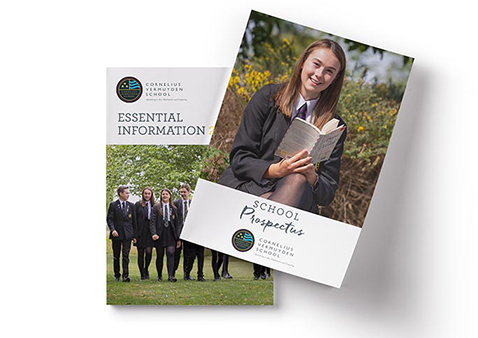 Choosing the right school for your child is an important decision and this section of our website will provide you with more information about the school in order to make an informed choice with respect to your child's future education. Please find attached the latest version of our "Enrolling Now" booklet.

If you are considering applying for a place for your child at our school please visit the 'Admissions Information' section of our website. 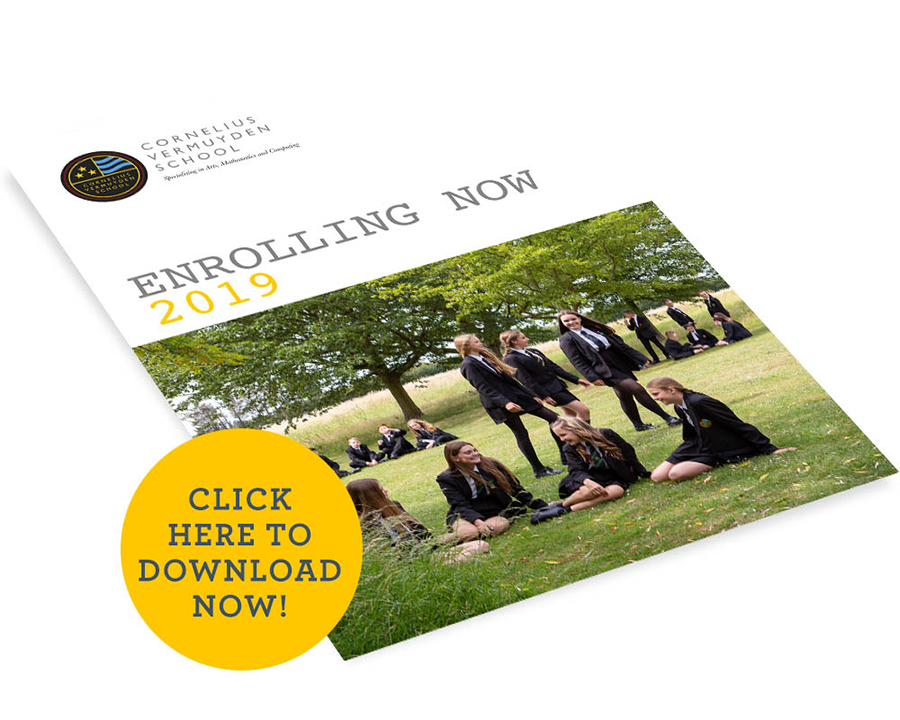 Cornelius Vermuyden are an official member of NACE (National association of Able Children in England).

Not only does this partnership support our development of our highest achieving pupils, it supports the development of every pupil in the school. We are committed to ensuring that a high level of challenge exists in the classroom in every lesson and to help potential convert to success and happiness for our pupils. We are firm believers that "rising tides lift all ships" and that if all students have a daily diet of challenging experiences at school and beyond, then this will help support their educational and personal development as learners and as people. Yet, as our 2016 GCSE results showed, those who come to us classed as more able achieve incredible results – for example, Callum Cuthbert leaving the school with 11 A* grades is an achievement that is not just well above the national average in terms of progress and achievement, but one that should be celebrated in terms of the school's work with its high achieving pupils.

However, here at Cornelius Vermuyden, we promote the ethos that all children must be given access to a positive mindset in terms of their learning. The message is clear; all young people are capable of reaching any goal they set their mind to if they are challenged and show a positive attitude to self - improvement . Cornelius Vermuyden places challenge and the importance of a 'growth mindset' at the heart of its teaching and learning vision for our pupils and our association with NACE is supporting this commitment to all pupils at the school. 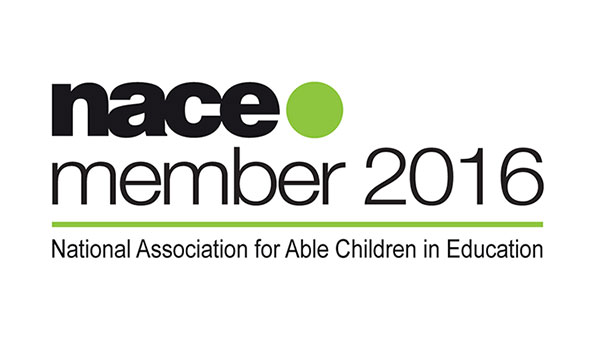